For me to recommend a dry January is as likely as Donald Trump suggesting that the USA should have a gun amnesty. It’s not going to happen. My children refer to me as the opposite of the alcohol police. Before anyone complains to the NSPCC, my children are all over 18 and, of course, it goes without saying that I endorse everything in moderation.

Whatever. Should you feel the need to be a little kinder to your liver after the excesses of the last month and thoughts of a dry January only means that you wish it would stop raining, allow me to point you in the direction of some lower alcohol alternatives to your usual 15% abv blockbuster.

Do you remember those white wine spritzers of the summer? I see absolutely no reason why you shouldn’t be drinking them in January, too. I would use a crisp flavoursome aromatic white, such as Sauvignon Blanc, add the same amount again of sparkling water or soda water, then spruce the whole thing up by adding a few basil or mint leaves, or a lemon grass stick. The advantages to this simple concoction are that the drink will last longer, is less loaded with calories and will refresh and hydrate into the bargain. So no hangover, rather a halo of smugness. You can spritz up a red wine, too. Choose a light red such as Beaujolais or Pinot Noir; garnish with a few berries and you’ve got one of your daily 5 fruits. Extra Brownie points, surely! 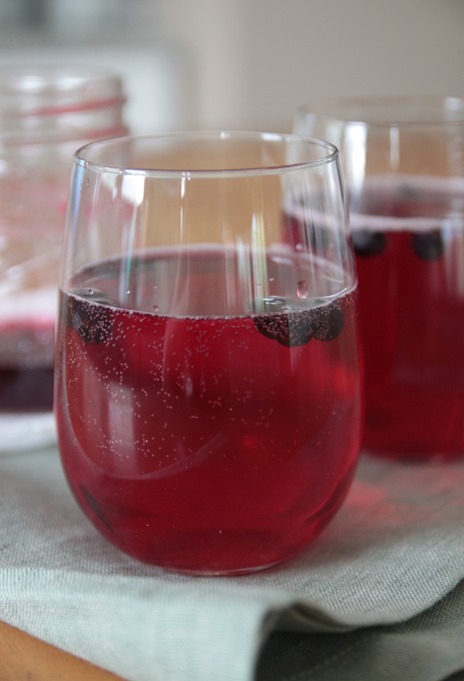 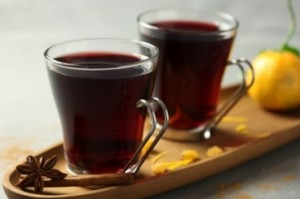 If temperatures continue to drop in January, as one supposes they might, you may prefer a warm mulled wine to something ultra-thirst-quenching. Although the calories won’t be lower as sugar is generally added to mulled wine, the alcohol certainly will. What level of alcohol is left in the wine after heating depends on what abv you started with and how long and how high you heated your wine, but it will be lower than when you started. Mulled white wine also exists as I discovered one February in Chablis and I can confirm that at temperatures of -15° it hits the spot pretty nicely. For a mulled white wine add apple juice, honey, cardamom and star anise – sounds almost medicinal, doesn’t it?

I’m afraid I can’t advocate de-alcoholised wine simply because it really doesn’t taste nice, and that’s being polite. I also suspect that, like decaffeinated coffee, what they do to remove the alcohol is worse for you than the alcohol itself. Instead, look out for wines naturally low in alcohol. You’ll find these from cooler climate wine-producing areas such as Germany, Austria or England. Chapel Down Bacchus from Waitrose, for instance, is 11%; 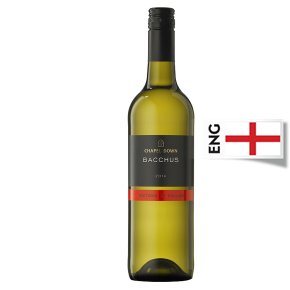 Dr L Riesling by Loosen Brothers a mere 8.5%, available from Majestic. Prosecco is generally around 11%. If you are looking for red, you need to steer yourself away from the Australian Shirazes and head towards France. Bourgogne Pinot Noir Nicolas Potel 2013 (Majestic) is a fantastic healthy/quality combo at 12%.

A few other simple ways to ensure you drink less in January is to have a couple of days in the week off drinking alcohol and to use smaller glasses when you do. Or at least pour smaller measures. Half bottles can also help control the amount you drink – The Wine Society has a great selection.

These tips are brought to you by one who has enjoyed a mere 75ml of wine in the last 85 hours. But who’s counting?