What do you call a Super Tuscan-type wine from Bordeaux? Occasionally a producer may prefer to label his wine as AOC Bordeaux Blanc rather than, say, Entre-Deux-Mers but to fly so majestically in the face of the AOC hierarchy and classification systems of Bordeaux as Dourthe is doing with its wine, Essence, deserves a moniker or appellation, if you like.

As a company Dourthe regularly reveals its innovative side in its wine-making but not so dramatically as with Essence, the ‘Dourthe Vineyards’ Masterpiece’. It is no more than AOC Bordeaux yet retails at around £70 a bottle. The idea behind it is to develop a world class wine from an amalgamation of the best plots from its five top estates: 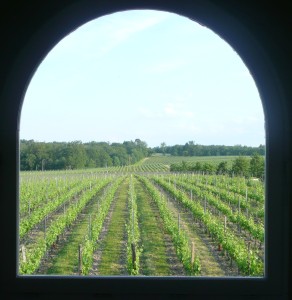 Each estate has 2 hectares, selected by extensive detailed mapping, with which the manager can do whatever he likes, with no expense spared, to ensure the best fruit quality possible. Apparently, each plot, tended individually, is likely to have undergone 50 treatments from hydric stress monitoring to canopy management through to hand-harvesting in several tries. Once the wines are made and aged, they are tasted and blended:

‘In composing this blend, the objective is to attain total synergy of the component parts so that the different wines are perfectly balanced. With this in mind, the wines are tasted 4 to 5 times, to be absolutely sure of the final blend. The best quality wines from each estate that do not make the Essence selection are used to enhance the blend of the first wine from each Château.’

My first experience of this wine was the 2002; a blend of chateaux Belgrave 60%, La Garde 24% and Le Boscq 16%, comprising 60% Merlot, 33% Cabernet Sauvignon and 7% Petit Verdot. All components had been aged in medium + toast barrels for 18 months and then for a further 6 to knit the components together.

The wine is dense, ripe, minty and smooth, not yet evolved and the potential for age is clear. I found it to be unsubtle without being brash, and its complexities upfront. I would love to taste this again in 5 years. I am pretty sure that had I tasted it blind I would have placed it in the New World, and certainly (and wrongly!) the Right Bank over the Left if I knew it was from Bordeaux.  Michel Rolland consults for Essence.

Last week, I tasted the 2008, a very different kettle of fish, indeed. In this vintage, 73% was Cabernet Sauvignon, 18% Merlot and 9% Petit Verdot. The oaking was less, a more prudent 12 months in new oak and a further 6 in second fill barrels after blending.

This was less Parkeresque than the 2002 and more true to its natural origins, in fact it had Bordeaux written all over it, though which part of Bordeaux was impossible to determine. Obviously. It has intense but contained cassis, coffee, liquorice and oaky spice. It is young and has, to my mind, 10-15 years ahead of it. Only 6000 bottles were produced so let’s hope they are not all drunk before 2020. Berry Brothers & Rudd £73.00

There are other maverick  producers in Bordeaux such as those using high percentages of Cabernet Franc (delicious) and I have even tasted a 100% Malbec (not such a happy experience) but none seem to showcase what the area can produce alongside the AOC and classification systems, and once liberated from them, quite as well as Essence de Dourthe. Essence exemplifies what can increasingly be seen in much of Bordeaux – innovation, modernity, reacting quickly and cleverly to market demands but above all, consistency, reliable quality and value for money. I know it’s a mouth-full but Essence de Dourthe might well