Argentina is and always has been a red wine country, yes?

Argentina is all about Malbec, of course……

Wrong. Under 20% of the country’s current grape plantings are Malbec.

Argentina is a hot country so the wines are high in alcohol and low in acidity.

Wrong. The country has many vineyards in higher altitudes and in the cooler south which produce wines with perfect freshness and vitality.

The success of Malbec in export markets has transformed the country’s wine fortunes.

Wrong. Over 70% of Argentina’s wine production is still consumed locally.

Wrong. The influence of the Brazilian rain forest means that actually there is more rainfall in Salta in the north than in Patagonia in the south.

Wrong, at least in some circumstances: flood irrigation can help vines develop broader root systems, prevents soils from becoming too salty and protects against phylloxera.

In February, I was fortunate enough to join 40 other Masters of Wine on a week-long visit to Argentina…….and it certainly threw up plenty of surprises.  The country’s wine industry has had something of a roller-coaster ride over the last 40 years.  In 1978, wine consumption peaked at 90 litres a head per annum – mainly of white wine, often mixed with water or soda as a long drink, and starting at lunchtime. Since then, as soft drinks and beer have become more popular (and the siesta is less likely to be taken), wine consumption has plummeted so it now stands at nearer 20 litres per head.  And in the 1980’s alone, the country lost 40% of its vineyards as there was no market for their grapes. Add to the mix rampant inflation and a highly unstable political environment and it is not hard to imagine that life has been tough and unpredictable for wine producers.

And yet we found a wine industry that is dynamic, youthful and sophisticated. The current government commands the respect of business people; viticultural and winemaking practices are advanced and, in areas such as the use of unlined concrete vats, leading the world; and although domestic wine consumption may have declined, it is now constant at a level that creates business confidence and permits a growing focus on exports. On our visit many of the country’s leading wine producers cooperated for the first time to deliver a high class programme of vineyard visits, seminars and tastings. Given how young many of the vineyards in newer areas are, there is every reason to believe that Argentina’s best wines lie in the future.

The white wine tastings confirmed the view that the country’s most exciting grape is Torrontes. The highish alcohol levels that the grape naturally achieves give the wines pleasing texture, whilst modern winemaking preserves both freshness and the grape’s famed perfume. The best examples come from the Calchaquí Valley in Cafayate and would normally be consumed within 12 months of harvest. Mind you, we were treated to a 1992 Torrontes from Bodegas Etchart which had retained outstanding balance and depth of flavour, suggesting there may be more to the grape than is generally understood. Some examples are barrel fermented with, on this evidence, mixed results; and Torrontes blends look highly promising. 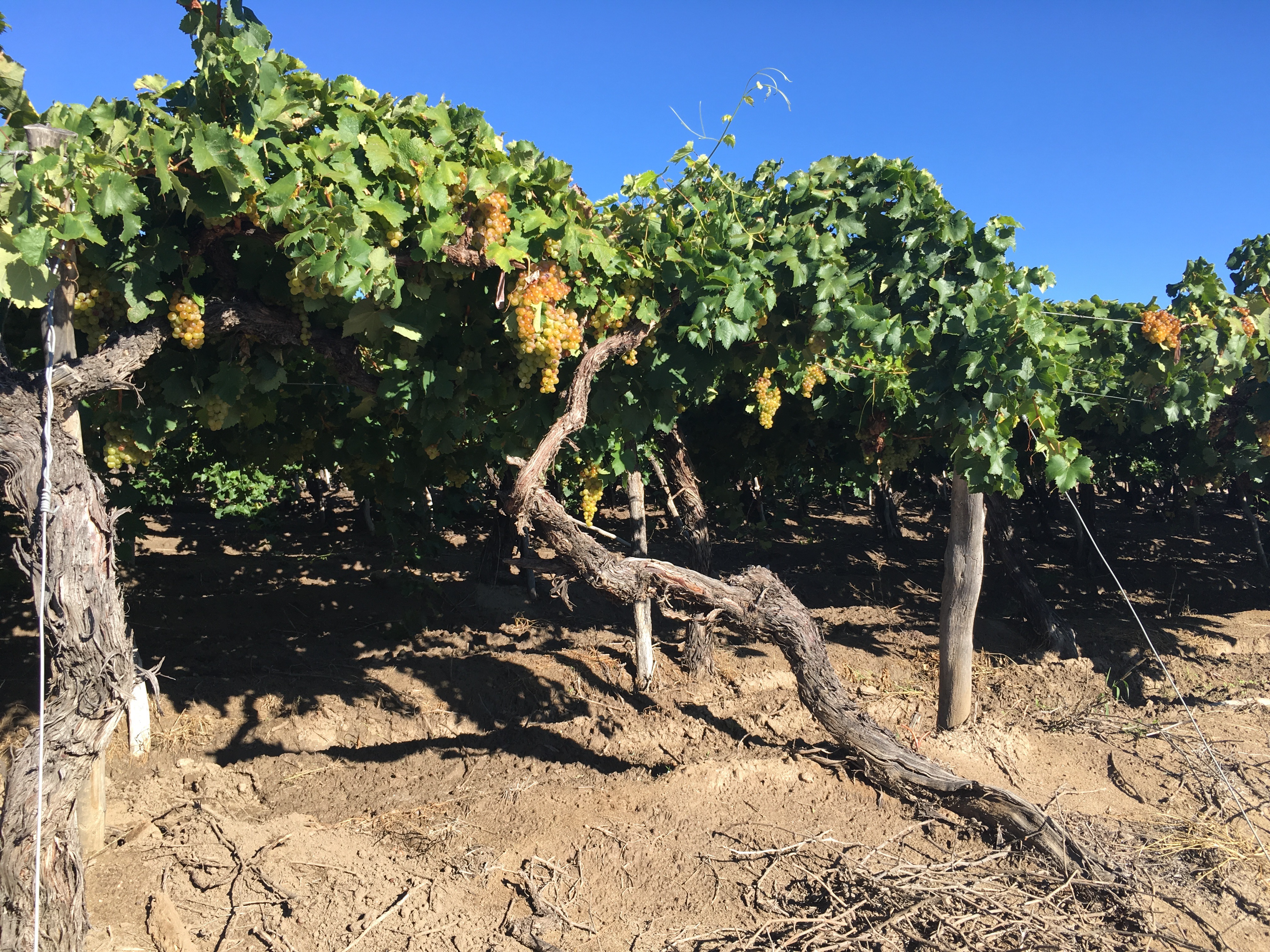 Sauvignon Blanc, Riesling, Chenin Blanc, Viognier and Gewurztraminer are all grown in Argentina and are quite capable of producing good, aromatic dry whites. Many of the whites, however, lacked the sense of place of Torrontes, a wine style that is genuinely distinctive.  As with many of the Chardonnays, one feels that the international white grape varieties will sell more easily on the domestic market than in the highly competitive international marketplace. Mind you, Argentinian producers are excited about some of the newer Chardonnay sites being planted and we did taste some outstanding examples – the White Bones and White Stones Chardonnays from Catena’s ground-breaking Adrianna vineyard in Gualtallary are genuinely world-class. Possibly because white grapes so often have to be picked before full ripeness in Argentina to retain freshness, I felt too many of the whites were just rather simple – my impression was that it was the white wine blends that offered the complexity and potential for premium pricing that will be essential if Argentina’s exports are to be profitable. Lastly a mention has to go to the Lagarde Semillon 1942 that we drunk with dinner on the final evening – apparently a legendary wine in Argentinian wine circles, still bright, superbly balanced and invigorating, and a welcome reminder that age-worthy whites are possible in hot climates too. 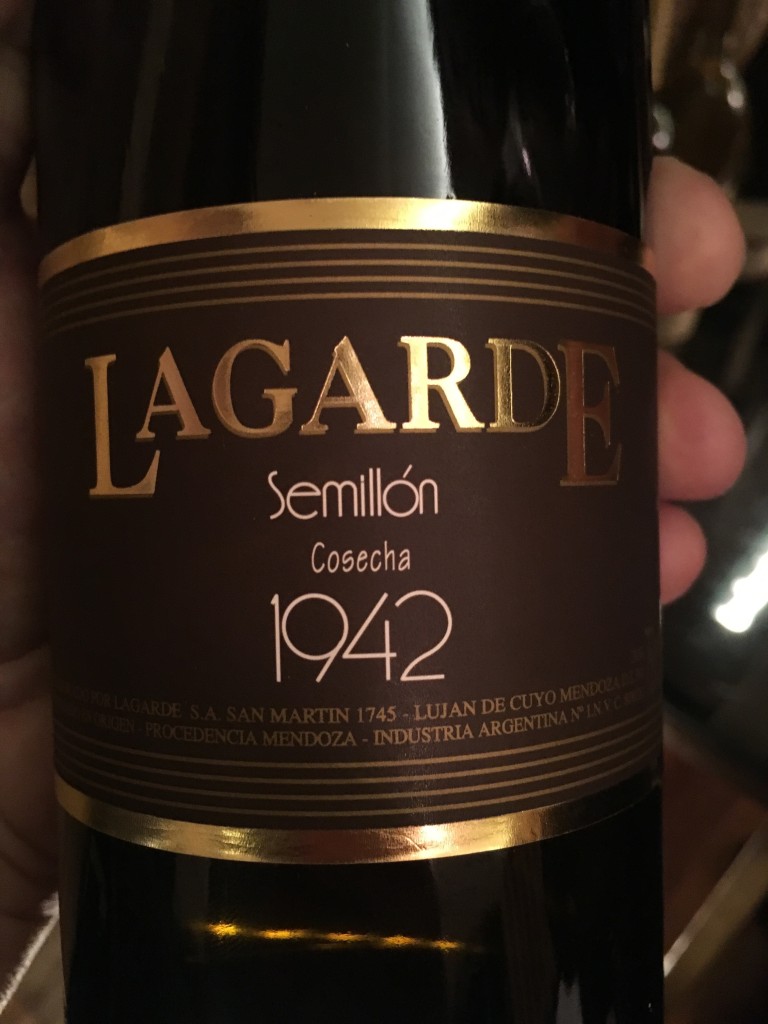 Malbec dominates Argentina’s red wine exports (56% by volume, 63% by value) and we tasted examples from all over the country; as Paul Hobbs explained “Malbec is like the Chardonnay of red grapes – it is easy to grow”.  At the lower price points, Malbec can be somewhat hollow but it offers good colour and a warming palate that currently appeal to international markets. From newer vineyards, like Mendoza’s higher altitude sites in Paraje Altamira, Gualtallary and Uco Valley, lower yields and thicker-skinned grapes (the higher UV at altitude produces thicker skins and the diurnal temperature shifts result in increased levels of polyphenols and aromatic compounds) are producing wines of great perfume and intensity – and, not surprisingly, inky deep colours. These came in a range of styles and we tasted highly polished, oaked examples from producers such as Achaval Ferrer, Norton, Terrazas de los Andes, Cadus and Viña Cobos. My personal favourites, not least because they felt like original styles, unique to Argentina, were the wines made all or in part in concrete eggs/vats. The principal exponents of this style appear to be Altos las Hormigas and Zuccardi, both of whom are producing wines of stunning purity of fruit and freshness.

The producers were keen to demonstrate that Argentina is much more than a one-grape red wine producer. We tasted some excellent Bonarda, pure in fruit and often well-priced – and useful to the grower, is because it can be high-yielding and often ripens at different times to Malbec. Tempranillo, Petit Verdot, Tannat, Syrah and a new grape on me, Cordisco, were all sampled at different times. However the grape they are most excited about is Cabernet Franc – plantings have increased from only 90 ha in 1990 to over 900 ha today. My own view was that the grape was more exciting in blends than as a single varietal (possibly reflecting a certain Bordeaux bias!) and most of my favourite reds included Cabernet Franc in the blend. Indeed, with reds as with whites, I tended to find greater complexity in the blends – and the Doña Paula 969 blend of Petit Verdot, Bonarda and Tannat, fermented and aged only in concrete eggs, was arguably the best value wine tasted during the trip.

As indicated above, we were treated to some remarkable old bottles at dinner on our final evening  – for which we owe special thanks to Andrés Rosberg, President of the Asociación Argentina de Sommeliers. The Angelica Zapata Alta Malbec 1995 suggested it still had many years ahead and the Fond de Cave Cabernet Sauvignon 1986 was a class act. However, I found the most complex wines to be two beauties from Weinert, who have a long-standing reputation for producing age worthy reds – a Malbec Reserva Especial 1977 and a Cabernet Sauvignon Estrella 1994.  It is to be hoped that Argentinian producers continue to hold back stock of their top vintages so that such experiences can be repeated in future.

The youthfulness alluded to in the introduction applies as much to some of the wine regions as to the younger winemakers who are experimenting and pushing the boundaries. Gualtallary provided a high percentage of stunning wines – 2,200 ha is now planted there, ranging from 1200 to 2200 metres in altitude, and the only constraint to further growth is the availability of water. Indeed the the issue of water supply and irrigation was a constant thread throughout – as Alejandro Nesman (Achaval Ferrer) told us – “In Argentina, irrigation is part of a vineyard’s terroir”. Patagonia is also clearly a region to watch, with the Old Vines Merlot from Riccitelli (my favourite producer of the week, based in Lujan de Cuyo), the Cincuenta y Cinco Pinot Noir from Chacra and the Cabernet Franc from Del Rio Elorza standing out.

My favourite region however was Cafayate, a place I have long wished to visit; an unexpected bonus was the remarkable drive through the Aconquija range to get there. Greener than I had expected, Cafayate in the Calchaquí Valley only produces 2.5% of the country’s wine production, but seems to me to be the region most naturally suited to viticulture: rain falls over the mountains to the East ensuring adequate water supplies and clouds form over the mountains in the west around 3.00pm, cooling the temperature and lengthening the growing season. It also has the low rainfall typical of all Argentina’s wine regions, leading to a dry, relatively disease-free environment ideal for organic grape growing. Both reds and whites are highly successful and, with the admirable Colomé pioneering high altitude vineyards in the area, other producers such as El Esteco, El Porvenir, Domingo Molina and Finca Quara are now producing wonderful results. 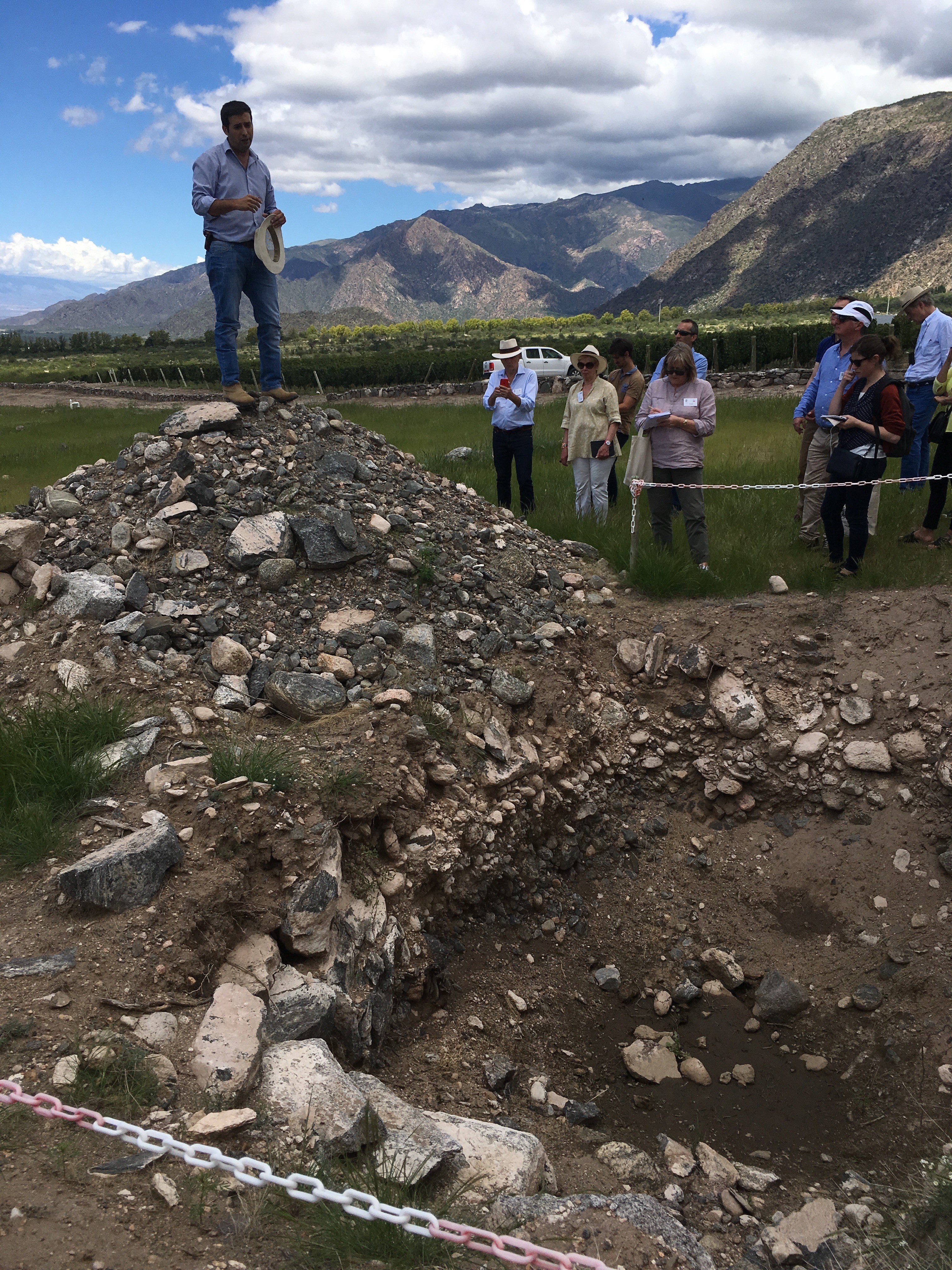 It will be clear from the above that this was no ordinary visit – we were spoilt rotten. This meant that we did not taste much in the way of mainstream wines and so there was little discussion about this sector of the market. Argentina is not a cheap place to make wine – water supply is not guaranteed in all areas, yields are not as high as elsewhere in the new world and many of the new vineyards are in rocky, alluvial soils which must be costly to prepare for planting. So it is hard to see how Argentina can compete profitably internationally in the bulk sector. However, on this evidence, the country is well placed to offer a diverse range of wines at more premium price points, probably over £10 in the UK. With genuinely distinctive wine styles, market leadership in Malbec and Torrontes, and an advanced programme of GI approvals in place, the foundations look good. The 2018 vintage looks like a good one too so it is to be hoped that Argentina is blessed with fair winds on the political and economic front in order to make the most of the commercial opportunities that they have created for themselves.

With huge thanks in particular to Wines of Argentina, Duncan Keen from Peñaflor, Madeleine Stenwreth MW, Paz Levinson, Joaquin Hidalgo, Alejandro Iglesias and Andrés Rosberg for organising and managing a wine trip of a lifetime.