If you don’t like the wine, change the music. Music doesn’t just dish out the tingle factor, evoke memories, reduce us to tears and raise our spirits it also affects how we perceive what we taste.

According to Professor Barry Smith of University of London, tasting generally, and wine tasting in particular, is not a unified experience. We look, smell and taste a wine independently but actually all those senses, and many others besides including the sense of hearing, work together in our experience of how we assess it. 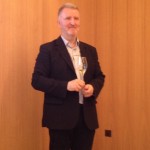 We might like to think we are not influenced by outside factors, that we really can make an independent and intelligent assessment of what we taste but who hasn’t had that great wine on holiday/rubbish at home moment.

Our interpretation and appreciation of that wine was influenced by our mood, the sunshine, the prawns fresh form the sea served by the beautiful waiter/waitress, the lapping of the waves in the distance, the sound of cold wine being poured (which incidentally makes a different sound from warm or hot liquid) when we are particularly thirsty, with the sun on our already warm and tanned bodies – all factors conspiring to make that wine taste like manna from heaven. Wait till your friends taste this, you think. Somewhat unwisely as it happens. Your friends, back home under grey skies, on a damp and frankly miserable Saturday evening with U2 playing in the background, are underwhelmed by your wine selection. You know they’re right but you’re mystified. It doesn’t mean that the wine wasn’t wonderful when you first drank it but that our senses, and Prof Smith suggests we have between 20 and 33  and not 5 as Aristotle would have it, conspired to make it ultra-delicious. And we can’t control that.

Our brain has already made an assumption of what to expect when it has seen, smelt and even heard something which then lands on our taste buds. So the experiment the prof worked on 12 wine professionals was how sound, and in this case music, affects how we taste a wine, in 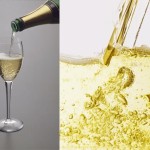 this case champagne. We had already correctly identified the music which he has had specially composed to represent sweet, sour, bitter and salty tastes proving that we have a cerebral conception of what each might sound like. Then we tasted five excellent champagnes each time without music and then with two different pieces of music. Cries of ‘witchcraft!’ emanated from the more sceptical and sighs of ‘magic’ from those who were more seduced by the experiment but the fact was that there seemed to be little subjectivity about what the differences were – we were agreed that the wines tasted differently and also in what ways they had changed. One piece of music always made the wine taste better than the other and we were as one as to which it was. 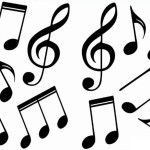 The music was matching to the acidity with high notes; low notes emphasised bitterness, and the speed of the wine across the palate worked with the tempo of the music. It gives a whole new dimension to the word syncopation. And possibly the most mystical finding was how the texture of the champagnes changed depending on the sounds we were listening to. Our perception of texture in our mouths can vary according to all sorts of outside influences. Apparently, ice-cream can feel crunchy in the mouth if you are holding something rough-textured in your hand.

If you don’t believe that our brains can’t help being influenced by what we hear (and see and feel), these are the results of The Pringle Test Prof Smith and his colleagues devised: tasters considered 2 day old Pringles to be stale, understandably, but those same Pringles mashed into a ball and tasted with the sound of crunching noises in the background were thought to be delicious. And if you’re still not convinced, well, you’ll just have to try it for yourself. But do the champagne and music rather than the Pringle and crunching sounds test – much more fun. Keep changing the music until it works as a wine enhancer though we all know that by the fifth glass most wine tastes pretty acceptable whatever the muzak, so taste rather than drink and try it with something delicious to really experience the music working its magic.