The annual VDP* Grosses Gewäches** tasting in Wiesbaden is a remarkable event – an unrivalled opportunity to try the latest vintage of Germany’s top dry wines, accompanied by levels of organisation and service that could probably only be encountered in Germany. This year, we were tasting whites from the 2016 vintage and reds from 2015 – very much a privilege to attend.

Compared to the ripe, very accessible 2015’s, the 2016’s offer a return to a cooler, more classic vintage. Levels of acidity are high but are more than balanced by extract and, in the majority of cases, intensity of fruit. The Rieslings from the Mosel are marked by crisp fruit and laser-sharp purity – not always easy to taste now, but with great promise for the future. I only tasted a limited number but enough to find stunning wines from Van Volxem and Nik Weis – St Urbans-Hof in particular.

The Nahe Rieslings also looked strong, not surprisingly showing more weight and ripeness of fruit. I particularly liked the line-up from Dr Crusius – wines that are classically-styled and highly expressive, giving every indication that they can be enjoyed earlier than many others. For those looking for wines to lay down, the selections from Kruger-Rumpf, Dönnhof, Emrich-Schönleber and Schäfer-Fröhlich were all outstanding. I was also struck by the admirable consistency and top quality of the wines from the Felsenberg vineyard in Schlossböckelheim.

Rheinhessen was also of high quality. There were predictably strong showings from Keller and Wittmann, and it was refreshing to find beautiful Rieslings from three producers new to me, KF Groebe, Kühling-Gillot and Battenfeld-Spanier.  I tasted a limited selection from the Pfalz, where Knipser excelled, alongside a fabulous flight from the Forster Kirchenstück vineyard, including a 2015 ringer from Reichsrat von Buhl that some saw as the wine of the tasting.

I didn’t get round to tasting the Rheingau, largely because I was distracted by a sensational flight of Franken Rieslings which showed tremendous depth of flavour and character for the vintage. Rudolf Fürst, Horst Sauer and Rainer Sauer all stood out.

2016 also looks an excellent vintage for Franken Silvaner, led by particularly fine offerings from the Sauer estates and Michael Fröhlich, and highly consistent wines from the Am Lumpen 1655 vineyard in Escherndorf. 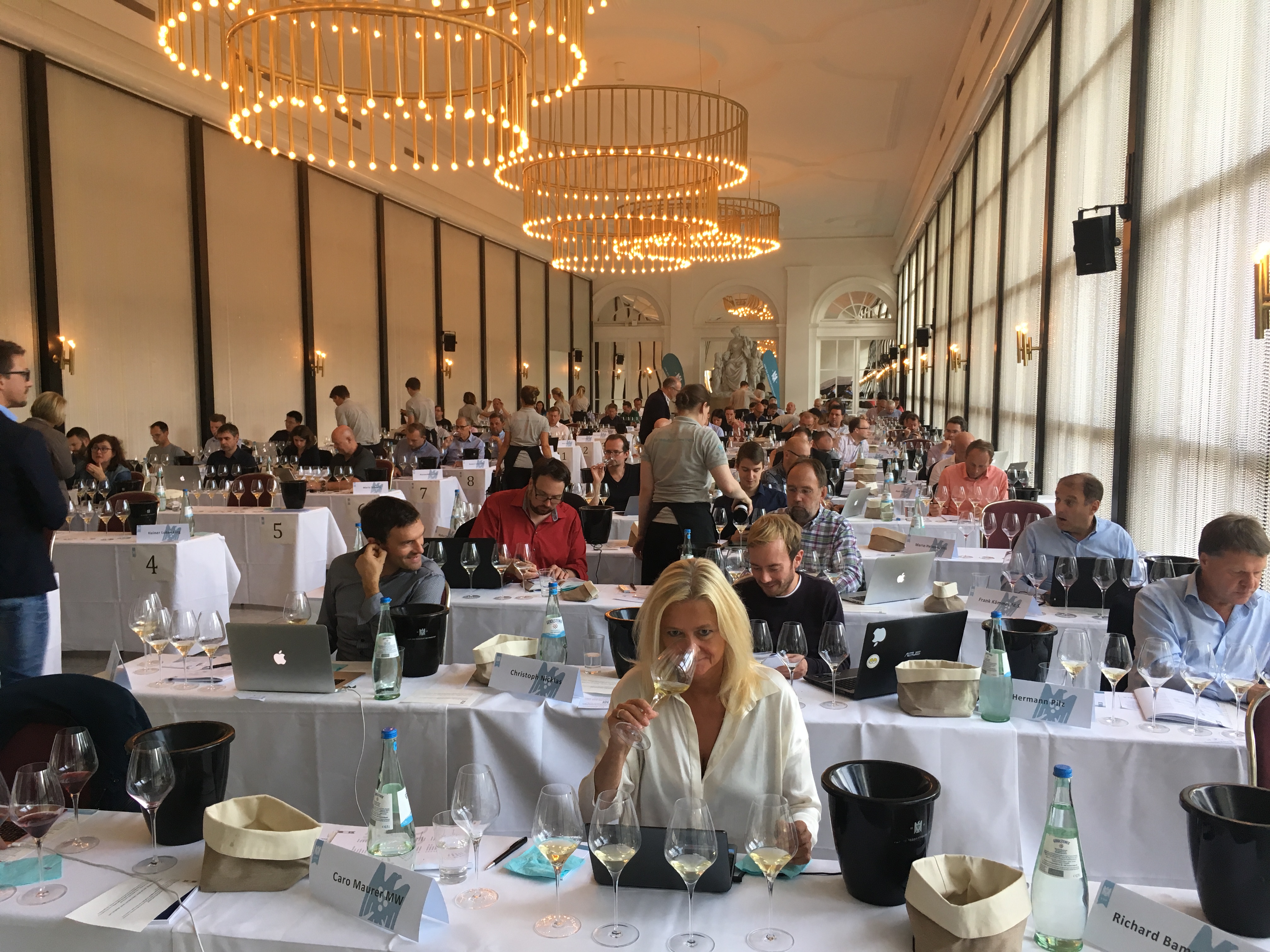 Curiously enough though, the revelation of the whites for me was the quality of the Weisser Burgunders. Generally they were less austere than the Rieslings whilst still showing admirable vitality and freshness. They struck me as perfect for relatively early drinking and highly versatile with food. Highlights were the wines from Knipser, Messmer and Bernhart in the Pfalz and a wonderful, oaked, Burgundy-style 2015 Gips Marienglas from Gerhard Aldinger in Württemberg. Not surprisingly the Chardonnays were reminiscent of Burgundy too, with especially strong efforts from the 2015 vintage offered by Bernhard Huber and Dr Heger.

Given the warmth and ripeness of the 2015 vintage, I had high hopes for the Spätburgunder and tasted all of these. Overall the vintage was not as consistent as I had hoped: many wines, especially from Rheinhessen (a sensational Morstein 2014 from Keller excepted), Pfalz and Württemberg, were either a little simple or betrayed levels of extraction or oaking that somehow stifled the natural spring of the variety. As Pinot Noir producers around the world will testify, balance in wines made from this grape is often tantalisingly out of reach. My conclusion is to stick to the proven high achievers and, if necessary, to pay the extra. In the Pfalz, Knipser and Philipp Kuhn are both producing attractive, highly flavoursome wines. For those looking for more age-worthy wines, those of Friedrich Becker have a strong following. In Franken, there is little reason to look beyond Rudolf Fürst, a genuine master of Spätburgunder/Pinot Noir. In Baden, there were some beautiful wines from Huber, Dr Heger and Franz Keller. A new name on me, Ernst Dautel, stood out in Württemberg and, last but certainly not least, there was a spectacular showing from Meyer-Näkel and JJ Adeneuer in the Ahr. There is no doubt that the best of these 2015’s merit a place at the top table of international Pinot Noir.

Just one final thought. Both wine professionals and the public, in the UK at least, have become conditioned to thinking of white wines in terms of whether they are dry or sweet – and anything in the middle is condemned to a Room 101 scenario where the word “medium” is strictly forbidden. The wines in this VDP tasting are Grosses Gewäches and therefore, by definition, dry. However I was struck by the fact that the words dry or sweet featured relatively rarely in my tasting notes and, when they did, were attached to the less successful wines. The best German wines (and I would make the same argument for Alsace) have a natural balance and mouth-watering fruit quality that over-ride any notion of dryness or sweetness. If somehow these wines could be served more often in fine dining environments, without prejudice or preconception, I am sure that they would find favour with a new generation of wine drinkers.

*Verband Deutscher Prädikatsweinguter (VDP): The oldest association of wine estates in the world (founded in 1910), strictly dedicated to producing premium quality wines only. The VDP counts many of Germany’s most respected wineries amongst its 200 members.

The following wine merchants are good sources of German wine: