Olivier Dauga is memorable. He owns a natty line in loud shirts. Also in jackets, shoes and glasses. He’s striking though doesn’t immediately strike you as a rugby player, as he once was, or a wine-maker as he is now. He calls himself Le Faiseur de Vin, an arresting moniker, fully fitting with his fashion choices. 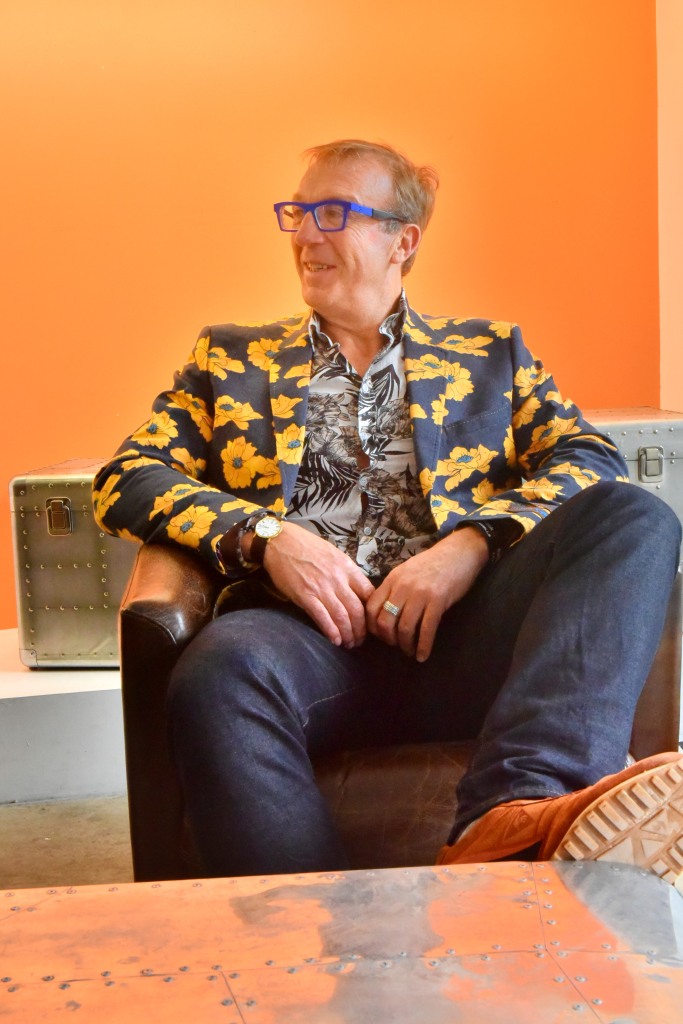 As a man he comes across, rather than ostentatious, surprisingly humble, fun and, above all, passionate about what he does. The wines he makes are not showy, but show well  what he is aiming to achieve – to make the best wine the vineyard can give.

Before setting himself up as a consultant wine-maker he worked with some well-known Bordeaux châteaux: La Tour Carnet, a fourth growth; Rollan de By, a Cru Bourgeois and one of the most recognised properties of the Médoc; Sociando Mallet, a Cru Classé in all but name. So I liked his wine-making before I met him. I was smitten with Damnation* du Château Roques Mauriac long before I knew Olivier had a hand in it.

Some consultants stamp their mark all over the wines they make. Olivier’s intentions are not to make Olivier Dauga wines, but wines which are influenced by their terroir and honestly represent their location, and owner. And obviously the vintage impacts on the grape blend ratio and eventual wine style, too.

Although he also makes wine in the Languedoc area of southern France, his local stamping ground is Bordeaux and it is to his immense credit that with his friend, restaurant owner Jean-Pierre Xiradakis, he has created a prize for young (under 40) local viticulturists. Called the Prix Raisin, the goal is ‘to enable consumers to discover excellent wines, with a very good quality/price ration from a young talented winegrower.’ They select a winning wine from a different appellation every year ‘to highlight the potential of all our wine regions.’ What a boost for Bordeaux wines and a motivational reward for the winner.

This is exactly what affordable good Bordeaux is all about – a wine which delivers intensity of colour, aroma and ripe black fruit in the mouth. No surprise that it is a Cru Bourgeois. Weighty without being heavy, edgy black coffee and liquorice flavours lie alongside a lighter floral note. This is the style that UK drinkers love in an Argentinian Malbec, but here you’ve got more depth and complexity. Somebody import this into the UK, please.

The wines of Bordeaux’s côtes are often under-valued, or perhaps it’s just that they are little known in the UK. The Côtes de Blaye can produce some of the best  and this is one. In 2010 the Orbite was 100% Cabernet Franc which comes through blatantly on the nose. In a good way, of course. It’s beautifully attractive with flowers and red fruits dominating with just a bit of toasty oak in the background. The palate expresses concentrated fruit character balanced by a tangy freshness and bold tannins. I forgive it its lovely-to-look-at-pain-to-open wax seal!

These wines may well reflect their roots and what the vineyard owner wants Olivier to create. But they reflect his personality, too. Like him they are appealing, honest, great company and linger in the memory.

* Damnation is available through Virgin Wines at £16.99