You might be forgiven for never having heard of Champagne De Castelnau. To be honest, it had slipped under my radar until recently, too. Its name and label are not exactly memorable even if you had spotted a bottle or two on the supermarket shelves, which you wouldn’t because they are not sold anywhere other than a few savvy independent merchants, London-based Spirited Wines/Nicolas, and some discerning restaurants. You may  have had a glass or two on board a BA flight if you are lucky enough to travel Business Class.

My previous opinion of this brand was that it was ok but dull;  acceptable but boring. Nothing could be further from the truth today.

They didn’t just catch me on a good day or ply me with champagne and feed me at The Square – though they did do that, lucky me – there really is a change in the style. What has made the huge difference between then and now is all down to the wine-making. The wine-making team (and it had to be them and not the management) took the decision to change the way they did things.  That change involved ageing the wine for an extended period, much longer than they need to by the champagne appellation laws and far longer than most other champagne producers do. Economically, this must have caused a headache and been a very brave step to take, somewhat tentatively, I’d warrant, by those who hold the De Castelnau purse-strings. But the results have proved that it was a shrewd move.

The ageing takes place when the wine is creating its bubbles. Once the blend is made about February time, from Chardonnay, Pinot Noir and Pinot Meunier grapes sourced from around the region and with between 17 and 20% reserve wines (wines which have been made and kept in previous years), the wine is bottled, sugar and yeast is added, it’s stoppered with a crown cap and then laid to rest for a period of time, sur lattes, to undergo a second fermentation which will develop both the fizz and the flavour. The minimum requirement for non-vintage champagne is 15 months ageing in bottle of which 12 must be on the lees. The lees are the gunk, or more accurately the dead yeasts, which give the wine complexity, richness and depth.

De Castelnau NV after 24 months on the lees is attractive, fresh and fruity; after 36 months there is more character with hints of ginger and liquorice; at 48 months it is becoming refined and rich. But none of these are available to buy.  Champagne De Castelnau Brut Réserve NV has a full 6 years (72 months!) minimum ageing on the lees, plus a further 6 months after disgorgement – the process of removing the gunk and adding the balancing sugar (dosage) and the champagne cork. If that sounds like it’s going to be a bit steep price-wise, it will surprise you to know that it is only £29.99.

Worth every penny, the current release is softer on the mousse, but more expressive on the aromas and flavours. It’s buttery, toasty, nutty. The texture in the mouth is sensual and creamy. It is perfect to drink on its own without any of the sharpness you might sometimes find on N0n Vintage champagne, but owing to its complex flavours it will pair easily with food.

Talking of food, de Castelnau have produced, in tiny quantities (3500 bottles only, each one numbered) a champagne to celebrate their centenary: Hors Catégorie, as it’s known, is food-matching heaven. A blend of 3 vintages, (08,09 and 10) the majority of which was cellared in oak barrels and aged for 5 years, a break from the lengthy ageing of the house-style, I can only tell you that with the scallop on a bed of leek and spring cabbage it was magnificent.

Two wines which would have had be reaching for gold medal stickers had I had any to hand, were the Blanc de Blancs 2003 (£43) and the Brut Vintage 2002 (£39). Whereas the Hors Catégorie (£85) still feels quite tight and young, these two, each cellared sur lattes for 11 years,  are beautifully mature and, like De Castelnau, have come of age. 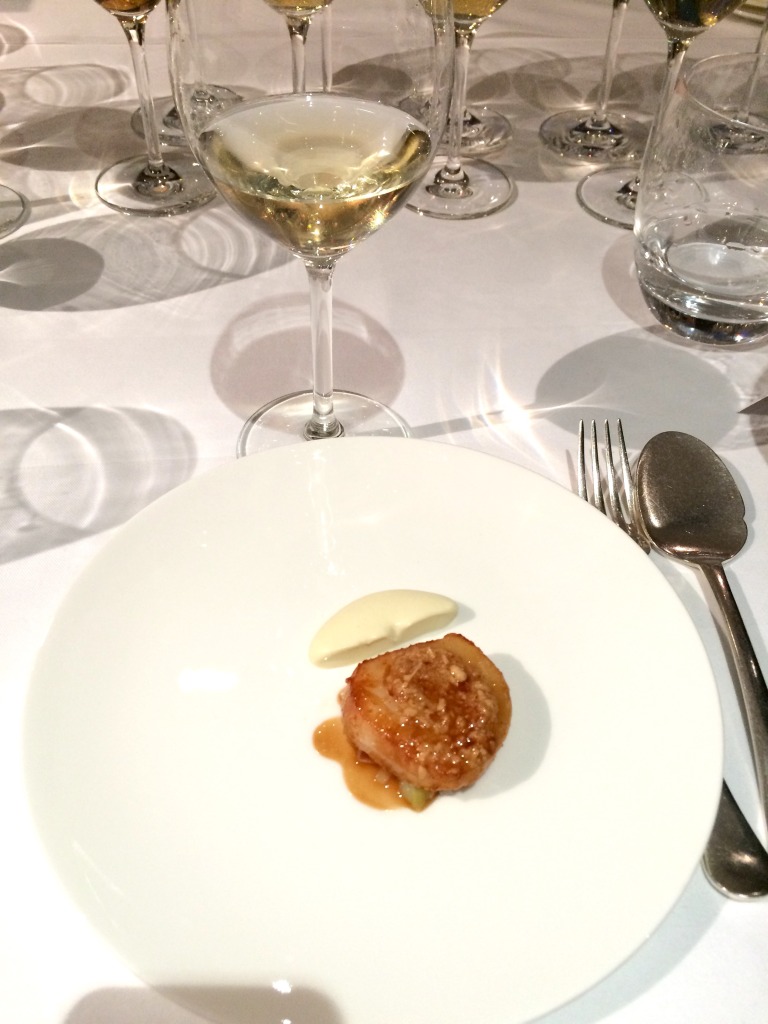