I have always been a fan of Château Brown over the years, and it isn’t entirely down to its winemaker and part-owner, Jean-Christophe Mau. The white and rosé  have particularly stood out, quite possibly because there are fewer opportunities for comparison with other Bordeaux châteaux.  The region only produces a total of about 9% of these styles so the good ones can easily make a mark. That’s not to underrate them though. Château Brown Blanc continues to be among my favourite whites from anywhere in the world. 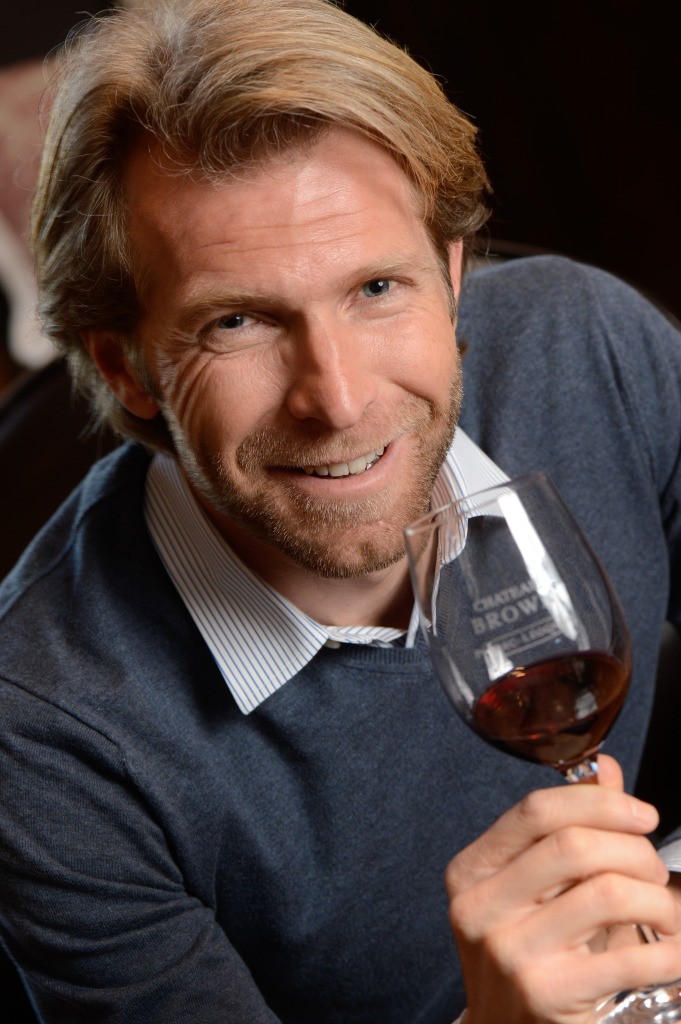 Given the chance to taste several vintages of Château Brown over dinner at Clarette recently I was keen to focus my attention on the reds. Perhaps, then, I shouldn’t have chosen fish as my main course because I found myself having to taste, re-taste, having to have just one more sip of the few vintages of white which were available. Gorgeous as ever, of course, I’m delighted to report.

Fortunately, the reds were ready for tasting before dinner, a vertical aperitif. In fact, it wasn’t a straightforward vertical as the suggested order of tasting was based on the quality and style of the vintage so the richer, plusher wines from the warmer years followed those from more classic vintages. This was an usual but inspired decision. It proved that one or two vintages might have been overlooked and underrated. 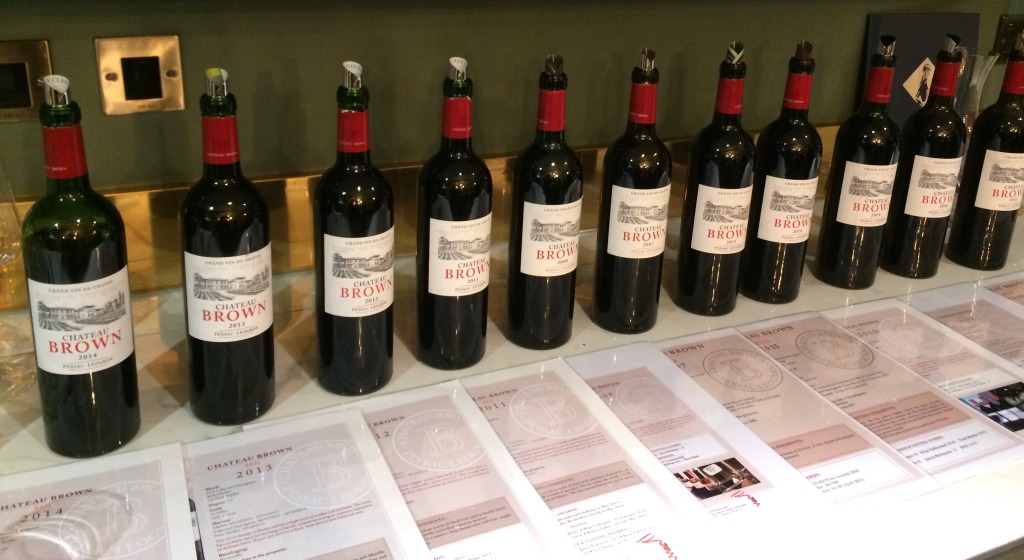 The 2012 had some lovely fruit, crispness, crunchiness and smart oak. Even better was the 2008 – juicy, complex with black fruit, violets and mint, bold but seductive, drinking beautifully now but without any urgency. An equally happy revelation was the 2014 – brambly, smooth, obviously still pretty oaky but stylish, minerally and savoury. 2007 and 2011 are both lighter than you might expect from Bordeaux but it does mean that they are drinking really well now.

Of the renowned vintages, the 2010, 2009 and 2005 stood out for their luscious fruit and velvety texture. Now with some age – more obvious on the colour and nose than on the palate, the 2005 was distinctive for its exquisite elegance and balance; the 2009 for its freshness, the 2010 for its length and richness.

I hope the wines from the Graves area of Bordeaux are not overlooked in favour of wines from the Médoc or St. Emilion because they do offer, in my opinion, a purity, freshness and refinement at reasonable prices, or at least not outrageous prices. Châteaux Brown is one such example. But then I would say that because, as I’ve already admitted, I’m a fan – a Brownie!