Sometimes the wine world is sceptical and cynical, distrustful and suspicious; it whinges about the climate, the press, the supermarkets, the promotions, other wine producers/appellations /regions/countries/bloggers/writers and sometimes even the consumers, the very people who allow it to make a living from wine. But to be fair it is rare and most of the time those of us who are lucky enough to work in this sector realise just how lucky we are. We aren’t in it for big financial gain (which is fortunate, as it happens) but simply because we love it.

Twitter and facebook expose perfectly how much mutual admiration exists between various people from diverse facets of the trade; back-patting leads to back-scratching and the wine world basks in a lovely rosy glow.

It is perhaps no surprise then that my friend and colleague, Wink Lorch, sought to raise funds to produce the first ever book in the English language on wines from the Jura with help from people in the trade. She is already seen as an expert on the area both here and in France so who better to write a book on the subject? 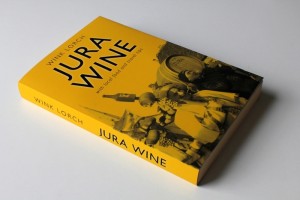 With a few well-timed tweets and posts on facebook, Wink raised all the money she required, and more, through a project called Kickstarter in less than three weeks. She estimates that at least 50% of monies thus far raised were pledged by other writers of wine books, by wine bloggers, wine producers, wine educators, wine buyers, wine PR companies and sommeliers from all around the world. You too can become part of it and be mentioned in the book’s acknowledgments (or there are other interesting incentives to tempt you) as the project still has five days to run  – you can find the details here.

But life in the wine world isn’t all as cosy and friendly as we might hope. Someone who can testify to that is Katie Jones, a British woman making delicious wine in the Languedoc Roussillon area of Southern France. 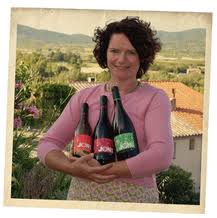 A couple of weeks ago, as she came to bottle her white, made from Grenache Gris and which boasts a silver medal from the International Wine Challenge, she discovered that some mean-hearted, soulless person had  emptied her tanks in what she describes as a ‘random act of vandalism’ and allowed her wine to drain away while she was abroad promoting her wines in Germany. She cannot now fulfil the orders for her white wine for this year which will cause her to have a rather tricky cash-flow situation not to mention potential loss of buyers in 2014. 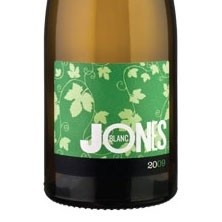 , you can buy a case or two of her current wines from her website, from The Wine Society,  Fareham Wine Cellars or Soho Wine Supply. Even better, invest in the 2013 vintage before the grapes are even buds on the vine. I have done this because I know that Katie will produce what she always does – the very best wine the vintage allows her to and so she can invest in a ruddy big lock for her winery door.

With a little help from their friends, either in the trade or not, these two woman can continue to do what they do best and we can reap the awards in the future.