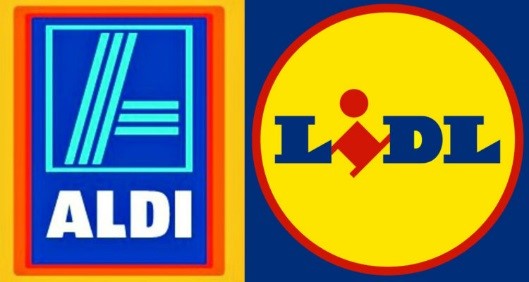 A favourite tasting this. People like to taste wines they can find easily, that they can afford, wines which represent value and they are  interested to see if the cheaper prices are truly on a par with other wines they might buy. Can they justify buying wine from either discounter with their head held high? It surprises me that people seem to be embarrassed, ashamed even, if they admit to buying wine from Lidl or Aldi. I don’t have that problem and will happily tell anyone who’s interested that my everyday Champagne (because, believe me, there is such a thing) is Aldi’s. If there were an everyday Albariño it would be Aldi’s, too. I’m not sure I want ‘special’ everyday and it seems many others don’t either. As for the results of this tasting, we all found it interesting but as people seem to confuse the two stores incessantly I’m not sure it will make a blind bit of difference to the buying habits of those who attended other than they will probably buy more wine from both stores. Every single wine was thought to represent fantastic value.

I was surprised that the Lidl Champagne was as rich as it was. If I had been served the wines blind I would have thought the Lidl wine was the Aldi and vice versa. The Lidl Champagne had some bottle age as evidenced by the cork being compressed while the Aldi one didn’t. Lidl’s did indeed have richness but it had a slight bitter finish. The Aldi one was softer, lighter with a lingering freshness. Everyone liked them both but obviously there was a clear favourite.

The score says it all. Aldi’s is lovely! They were quite different – Lidl’s is peachy and textured where Aldi’s is zesty, salty and minerally. I’m a fan of Rías Baixas Albariño, especially Aldi’s style – consequently I wholeheartedly agree with the group’s score.

I was surprised that there were so many votes for the Lidl Chardonnay as for me it’s blousy with a flatness about it, rather old school Aussie Chardonnay. The Aldi one is crisp, fine and defined.

Actually these were both pretty good. I’m not surprised the Lidl one came out top as the style is more on the sweet fruit spectrum and less savoury than the Aldi one. Both are great value Pinots.

Despite the Lidl wine being a Rioja Reserva against Aldi’s Vino de la Tierra de Castilla, it didn’t cut the mustard. It felt like it was trying a bit too hard. Aldi’s Antiguo was smooth, typically smoky, easy and would be loved by Rioja drinkers.

Lots of people found it hard to choose between these to. Not me! The Lidl Malbec seemed quite dilute by comparison to Aldi’s which had masses of fruit, flavour and spice. 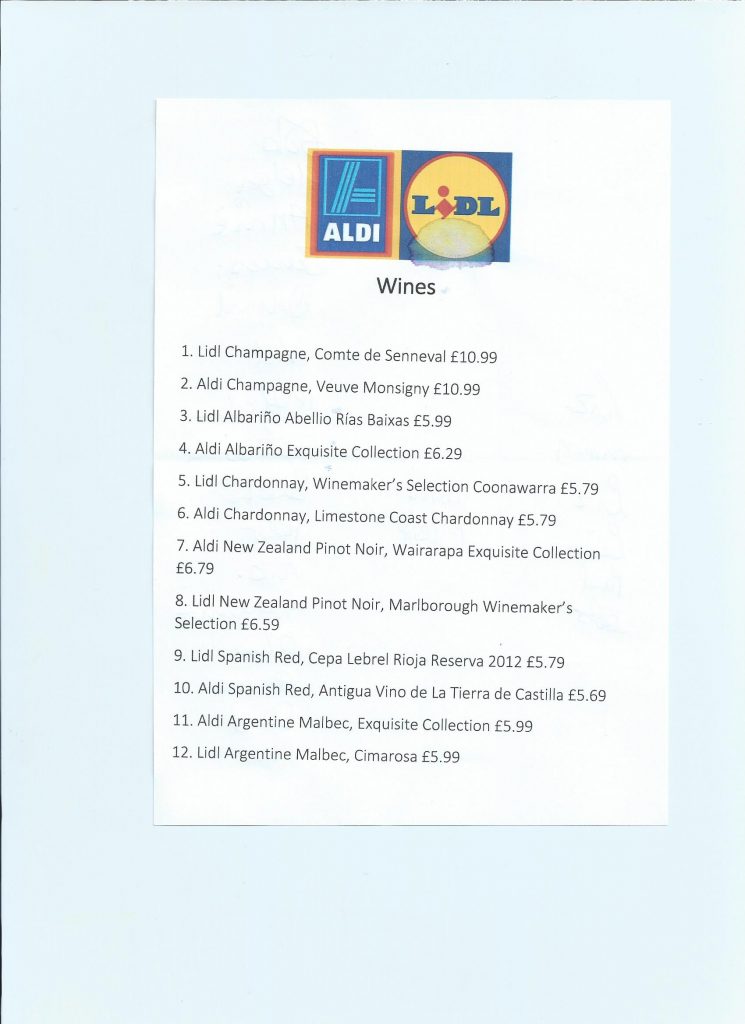